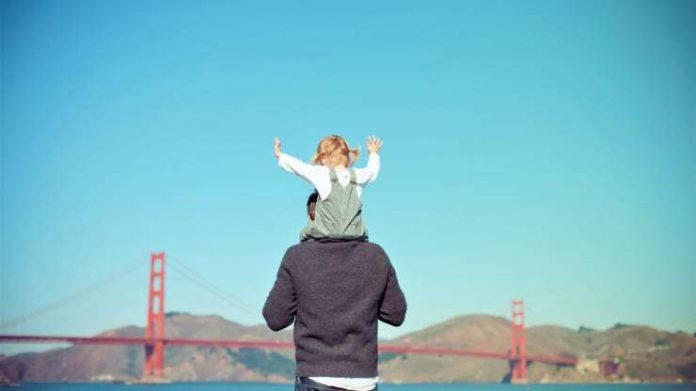 Here’s a sad reality: In order to raise a family in an expensive coastal city like San Francisco or New York, you’ve now got to make $350,000 or more a year.

You can certainly live on less, but it won’t be easy if your goal is to raise a family, save for your children’s education, save for your own home and save for retirement (so you can actually retire by a reasonable age).

A middle-class lifestyle is a reasonable ask. But thanks to inflation, it has gotten a lot more expensive if you want to have children. The median wealth of middle-income Americans has stayed flat for years, at about $87,140, according to the Federal Reserve’s latest Survey of Consumer Finances. Yet, prices for things such as housing and college tuition have risen tremendously.

In some major cities like San Francisco, the public school system starting in kindergarten is based on a lottery system, so even if you pay tens of thousands of dollars per year in property tax, your child is not guaranteed a spot in your neighborhood schools.

Coastal counties in the U.S. are home to almost half of the nation’s total population; therefore, this article is directly targeted at folks who need to live in these areas because of their jobs, schools or families.

Before we look at how quickly $350,000 can be spent by a family of four, let’s go through a list of various workers who will eventually make around $350,000 on their own or in household income if they have a partner who also works:

The permutations of people making $350,000 goes on and on. For many professionals, if they aren’t there now, they’ll get to such a level of income eventually, especially if they team up with someone else.

Below is an example budget of a dual-income household with two kids. The budget has been vetted by thousands of readers on my personal finance website, Financial Samurai, who also raise families in expensive cities like San Francisco, Los Angeles, New York, Boston and Washington, D.C.

The end result is annual cash flow of only $1,456, which could get spent in a hurry, as unexpected situations will likely pop up. Despite such little cash flow, this household is building roughly $63,000 in liquid net worth each year by paying down their mortgage and contributing to their employer-sponsored retirement accounts.

We all deserve to live a middle-class lifestyle. Unfortunately, we’ve first got to sacrifice more than ever to get there today.

Unfortunately, despite making $350,000 a year, this couple will be unable to retire before 60 because they aren’t building an after-tax investment portfolio to generate passive income. They can’t withdraw from their 401(k)s before age 59½ without a 10% early distribution penalty, nor can they rent out their home for income, given it’s their primary residence.

In other words, they need to amass a net worth of between $5.5 million to $7 million if their income and expenses remain unchanged. That’s tough to do with so little in savings per year.

Recommendations for a better life

If you’re one of the many families struggling to get ahead in an expensive city on a high salary, here are five suggestions:

If you’re feeling overly stressed at work and want to spend more time with your children, consider working less if you’re making more than the 24% marginal tax bracket income threshold. Not only might your stress decline, you’ll be able to reduce childcare expenses.

This couple could also limit their vacations to more local destinations, and cut back on meal spending by doing more bulk cooking and focusing on simple foods.

3. Build an after-tax investment portfolio. Earning passive investment income is the key to financial freedom. Using conventional rules, you can’t live off your 401(k) or IRA until the age of 59½. (Here’s my ranking of the best passive income investments today, so you can retire sooner rather than later.)

4. Move somewhere else. Once you’ve accumulated enough capital, consider relocating to a lower-cost area. Thanks to technology, there’s a multi-decade demographic trend towards living in the heartland, where property prices and rents are much cheaper.

5. Know your finances inside out. The people who end up with financial problems are typically the ones who don’t stay on top of their finances each week. Ten years later, they finally wake up and wonder where all their money went.

In the past, an Excel spreadsheet was fine. Now, there are plenty of free financial tools out there to use to not only track your finances, but x-ray your investment portfolios for excessive fees and help keep you on track to reaching your retirement goals.

While $350,000 might sound like a lot of money, it’ll go quickly when you’re raising a family in an expensive city. We all deserve to live a middle-class lifestyle. Unfortunately, we’ve first got to sacrifice more than ever to get there today.

Everything You Need To Know About Raised Panel Garage Doors

How To Put Buddy Christ On A Car Dashboard

How to Style Bape Shirts?

Everything You Need To Know About Raised Panel Garage Doors

How To Put Buddy Christ On A Car Dashboard

How to Style Bape Shirts?

How to Achieve Your Perfect Brow!

ABOUT US
We brings to you the latest and most popular news related to every kind of lifestyle. Our platform contains news related to Lifestyle.
© Copyright. All Right Reserved By pronetcharlotte.com